Some may refer to her as the “little red dot”, but Singapore’s presence in the world today is larger than that moniker. In fact, Singapore is a bustling cosmopolitan city that offers a world class living environment, with her landscape populated by high-rise buildings and gardens. One interesting facet you’ll discover about Singapore is a ubiquitous collage of cultures, where people of different ethnicities and beliefs coexist.


Explore the various cultural precincts and religious landmarks around the island and get acquainted with Singapore’s multicultural society. Whether you join a tour or discover your own Singapore, you’ll be sure to catch a glimpse of the impressive history, cultural diversity and lifestyles of Singaporeans during your visit to our city-state.


Climate and Dress
Singapore has a mild tropical climate with abundant rainfall throughout the year with an average temperature of 28 degress Celsius. Dress code is generally informal but formal wear will be required at some places or occasions.


Safety
The World Competitiveness Yearbook (WCY) identified Singapore as the most politically stable country in Asia. In research done by Mercer Human Resource Consulting in 2003, Singapore was ranked second in personal safety among the world’s top 50 cities.


Credit Card and Currency
Major credit cards and charge chards such as American Express, Diners , MasterCard and Visa are acceptable at most establishments. The currency is the Singapore Dollar (SGD). Banks and exchange bureaus are located in major shopping centres and airports to facilitate currency exchange.


Tipping
Tipping is officially discouraged in Singapore. Most hotels and restaurants levy a 10% service charge on their bills


Smoking
Smoking is not permitted in public service vehicles, museums, libraries, lifts, theatres, cinemas, air-conditioned restaurants, non-air-conditioned eating houses, hawker centres, hair salon, supermarkets, department stores and government offices. In line with efforts to improve the nightlife experience for all, there are smoking restrictions on entertainment outlets. Smoking is no longer permitted in pubs, discos, karaoke bars and nightspots, unless within approved smoking rooms or smoking corners. Offenders can be fined up to SGD1,000.00.


Time Difference
Singapore Time is 8 hours ahead of GMT.

Be it the bus, Mass Rapid Transit (MRT) or taxi cabs, getting around Singapore is a breeze. 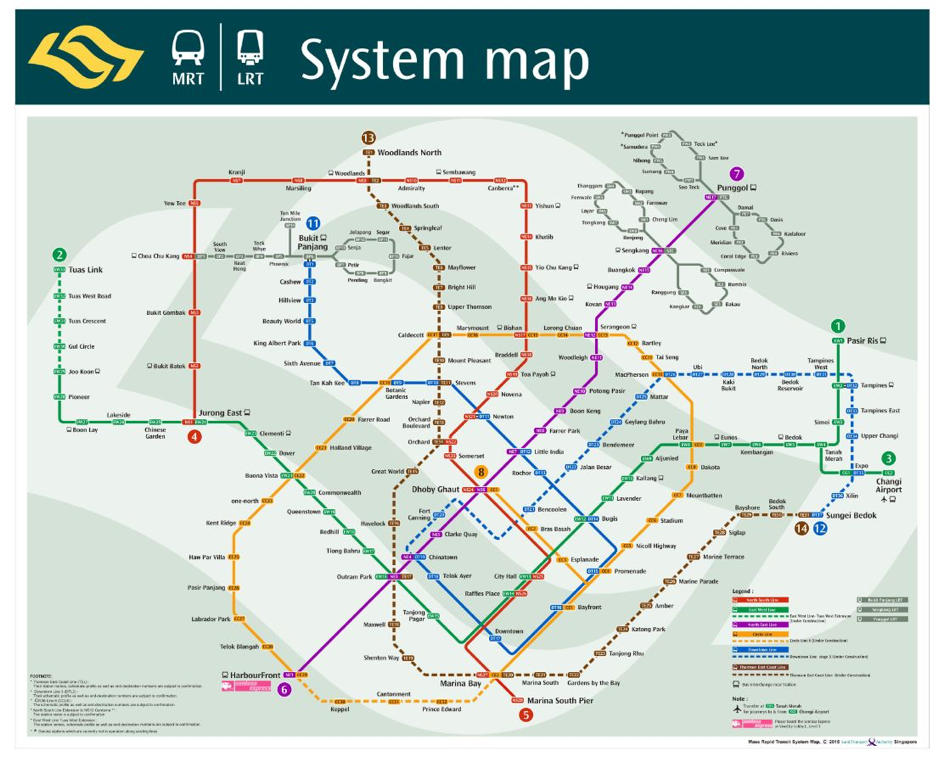 
Taxi
When it comes to convenience, Taxis certainly cannot be left out! To avoid facing a lack of Taxis when one wants to take one, many people have taken to download the app ‘GrabTaxi’. The app automatically detects your current location and estimated fare for your given destination is provided. Not only will a driver be assigned to you immediately, the estimated waiting time will be given as well –grabbing taxis has reached a whole new level!


Buses
A leading bus and rail operator in Singapore, SBS Transit carries more than three million passengers and has over 200 bus services to many parts of the island! Click here for more details on catching buses in Singapore. It even includes a journey planner which helps you to plan your route!