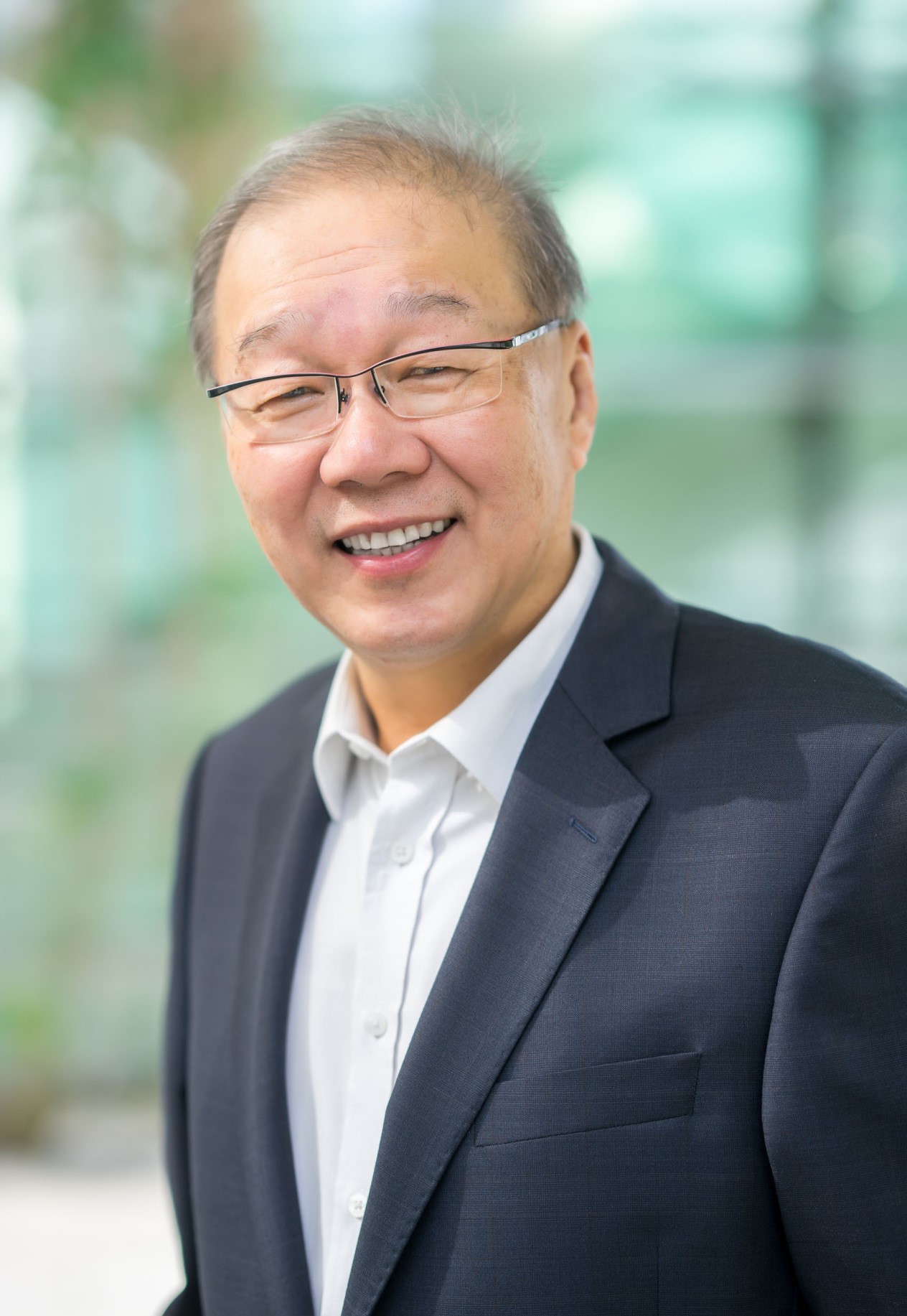 Singapore’s transformation into a Smart Nation rides on key digital capabilities in areas including data analytics, sensors and IoT devices, automated technologies, and cybersecurity.  This keynote speech discusses the digital enablers and platforms that power a smart city, and how investments into research have helped us develop solutions to ensure the sustainability and vibrancy of Singapore as a Smart Nation.

Biography: Professor Teck Seng Low is currently the Chief Executive Officer of the National Research Foundation, Prime Minister’s Office, Singapore.  He was previously the Managing Director of A*STAR (2010 – 2012).  Professor Low was also the founding principal of Republic Polytechnic (2002 – 2008), as well as the Dean of the Faculty of Engineering in the National University of Singapore (1998 – 2000).  He was the founding Executive Director of A*STAR’s Data Storage Institute (1992 – 1998). Professor Low was awarded the National Science and Technology Medal in 2004 – the highest honour bestowed on an individual who has played a strategic role in the development of Singapore through the promotion and management of R&D.  He was also awarded the Public Administration Medal (Gold) in 2007 for his merit and service to Singapore.  Professor Low is a Fellow of the Institute of Electrical and Electronics Engineering (IEEE) and an International Fellow of the Royal Academy of Engineering, UK. 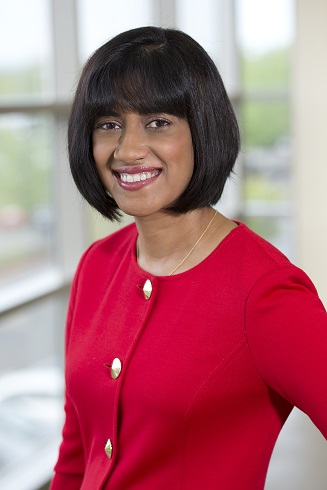 From wearable devices, robots and autonomous vehicles, to smart cities, telemedicine and agriculture, there is a need for more real-time information and this connectedness is placing unprecedented demands on wireless networks. A new generation of optimized networks and devices are gearing up to meet the essential speed, latency and energy efficiency requirements for these experiences.


Innovations in 5G are a global effort that will allow for greater ability to handle massive amounts of data and enable enterprises and entire industries to utilize analytics and artificial intelligence capabilities while eliminating the bottlenecks in the hierarchical networks of previous generations of technology.

Making 5G a reality is complicated and challenging as it requires intelligent connectivity for billions of devices, utilization of many types of spectrum scenarios and the enablement of an array of use cases touching almost every industry.  To succeed, work on 5G must be approached end-to-end. 5G is much more than a technology, it requires innovations that span connectivity, cloud, and computing.  5G won’t be built on one aspect alone but requires innovation in devices of all forms, the RAN, the core and IT infrastructure.

Intel envisions 5G as an ideal combination of connectivity, cloud and computing and is executing on solutions for every aspect of 5G.

Wireless networks are transforming to become more powerful, agile and intelligent - realizing latent potential and enabling richer experiences throughout daily life. Intel’s vision for 5G is a network that is flexible, distributed and scalable and we are leading the transformation of wireless networks in both infrastructure and devices while laying the path with the 5th Generation of mobile technologies.  By partnering with industry leaders, from OEMs to network operators, Intel is bringing expertise and mastery in driving the cycle of innovation for products and new technologies to 5G.  This keynote session will present the work Intel is making possible to enable cost-effective, efficient and seamless 5G wireless networks a reality.

Biography: Asha R. Keddy is vice president in the Client and Internet of Things Businesses and Systems Architecture Group and general manager of Next Generation and Standards at Intel Corporation. She has more than 20 years of experience leading and managing wireless and mobile broadband areas and holds multiple patents.
Keddy is responsible for investigating and delivering the technologies, business use cases, collaborations and trials that will usher in the era of 5G wireless connectivity as well as broadly fostering innovation in mobile communications and ecosystem intelligence for future products.  She is also responsible for wireless standards at Intel, including 3GPP and IEEE.  The organization’s focus areas include prototyping, standards, ecosystem development and incubation of the advanced technologies and use cases towards new products and business growth.
She travels extensively for ecosystem partnership engagements as well as for speakerships on topics related to 5G development and the path to deployment, and diversity especially in the high-tech workforce.  Keddy believes in the importance of fostering diversity and inclusion in engineering, and mentors individuals as part of the effort to reach the ambitious goal of full representation of women and underrepresented minorities in the U.S. workforce by 2020.
Keddy holds a bachelor’s degree in computer engineering from University of Mumbai and a masters in computer science from Clemson University. 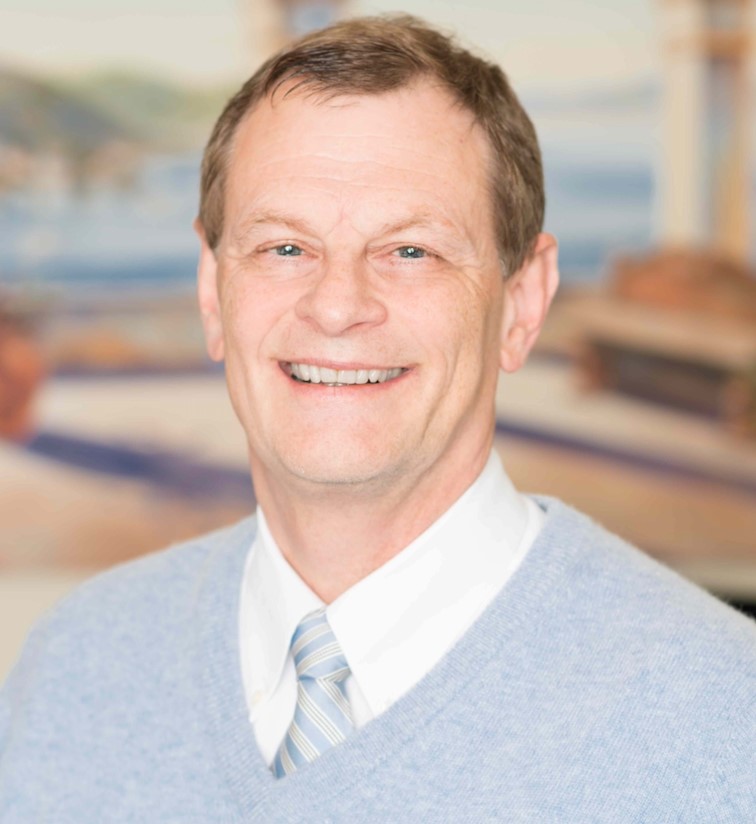 Increasing global internet-use opportunity demands increasingly reliable and secure transmission of ever-growing amounts of data.  The communication path from any given source/server to the bandwidth consumer/sink is increasingly variable.  Variation’s causes can be different topology of infrastructure (wired and/or wireless), contention for any/some of, or all, the path’s links with other sources/sinks’ data, time of day/week, regulatory policy (licensed, unlicensed, cognitively shared), the application type for the data, and any movement mobility of the sink (or its environment).  Dynamic learning and optimization of infrastructure to continuously adjust to the variation is the solution to satisfaction of the opportunity demands, and discussed from an overview level in this talk. 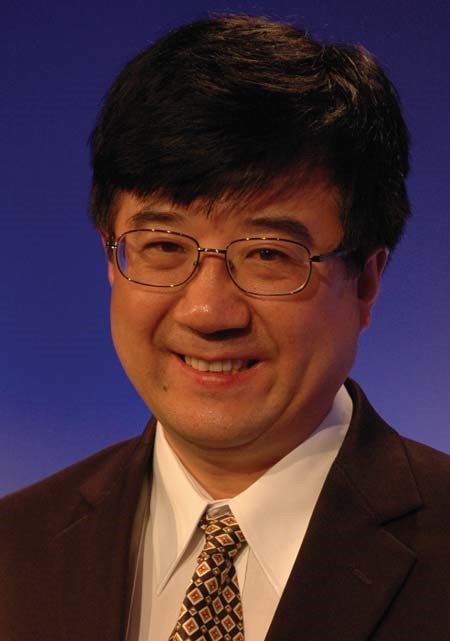 5G: Challenges and Beyond

As the industry rolling-out the 5G global deployment, 5G is the well under the path to transform our work and life in an unprecedented way. 5G technology becomes a household term, however, there are several key technology challenges ahead for the research community to breakthrough. In this talk, we will present the standardized key technology features for the first-wave of 5G and we also address a list of open issues and technical direction for the up-comping standardization. The other part of the talk, we will discuss the 5G+, a new phase for the evolved 5G, its technical capability and requirement and impact.


Biography: Dr. Wen Tong is the Huawei Fellow, CTO, Huawei Wireless.
Since 2010, Dr. Tong is the vice president of Huawei wireless research. In 2011, He was appointed the Head of Communications Technologies Labs of Huawei, currently, he spearhead to lead Huawei’s 5G wireless technologies research and development.
Prior to joining Huawei in March 2009, Dr. Tong was the Nortel Fellow and global head of the Network Technology Labs at Nortel. He joined the Wireless Technology Labs at Bell Northern Research in 1995. He had pioneered fundamental technologies from 1G to 4G wireless with 350 granted US patents.
Dr. Tong was elected as a Huawei Fellow and an IEEE Fellow. In 2014, he was the recipient of IEEE Communications Society Industry Innovation Award for “the leadership and contributions in development of 3G and 4G wireless systems”.
Dr. Tong serves as Board of Director of WiFi Alliance and he is the fellow of Canadian Academy of Engineering.

Massively Cooperative Wireless Network for 5G and Beyond


Firstly in this talk, the state-of-the-art 5G technology framework and its related technique challenges are reviewed. We show that new radio transmission technology (nRTT), ultra-dense network (UDN) and utilization of millimeter wave (mmW) spectrum are the main research directions for enhancing the system capacity of 5G and beyond, and especially there is still a lot of room for the UDN deployment in the future.

Finally, a soft testbed based on an open architecture for 5G and beyond is introduced. The practical implementation for the proposed massively cooperative wireless network and related test results are briefly summarized.


Biography: Xiao-Hu You received his Ph.D. from Southeast University, Nanjing, China, in Electrical Engineering in 1988. Since 1990, he has been working with National Mobile Communications Research Laboratory at Southeast University, where he is currently a professor and the director. He has contributed over 150 IEEE journal papers in the areas of signal processing and wireless communications. From 1998 to 2016, he was the Principal Expert of the 3G, 4G and 5G Research Projects under China National 863 High-Tech Program, respectively.

Professor You was the general chairs of IEEE WCNC 2013 and IEEE VTC 2016. He was the recipient of the National 1st Class Invention Prize in 2011, and was selected as IEEE Fellow in same year. 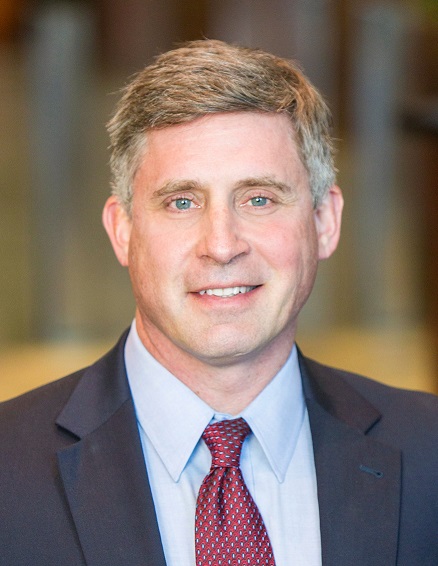 For many, 5G represents that next major standard for cellular connectivity, but 5G is significant beyond just the next cell phone standard.  It will have huge implications for connectivity that will take use beyond the smart phone to vehicles, hospitals, medical devices, factories, and smart cities.

In the case of vehicle design, systems that used to operate independently are increasingly designed such that mechanical and electrical systems operate within a holistic system of an autonomous vehicle.

Highlights of this presentation will include:
This talk will review the background and history of these explorations, lessons learned, and the future challenges that lie ahead.

Biography: James Kimery is a Director of Marketing for National Instruments SDR and Wireless Research initiatives.  In this role, James is responsible for company’s 5G strategy encompassing both research and business initiatives.  James also leads NI’s RF and Communications Lead User program which works with leading researchers across the world to accelerate the transition from theory to prototype and deployment.  James also manages the company’s software defined radio business including the Ettus Research subsidiary acquired by NI in 2010.  In 2014, James chaired the IEEE Globecom industry committee which was held in Austin, Texas.  Prior to joining NI, James was the Director of Marketing for Silicon Laboratories' wireless division. As Director, the wireless division grew revenues exceeding $250M (from $5M) and produced several industry innovations including the first integrated CMOS RF synthesizer and transceiver for cellular communications, the first digitally controlled crystal oscillator, and the first integrated single chip phone (AeroFONE).  AeroFONE was voted by the IEEE as one of the top 40 innovative ICs ever developed.  James also worked at National Instruments before transitioning to Silicon Labs and led many successful programs including the concept and launch of the PCI eXtensions for Instrumentation (PXI) platform.  James was a founding member of the VXIplug&play Systems Alliance, VISA working group, and PXI System Alliance.  He has authored over 60 technical papers and articles covering a variety of wireless and test and measurement related topics.  James holds degrees from the University of Texas at Austin (MBA) and Texas A&M University (BSEE).